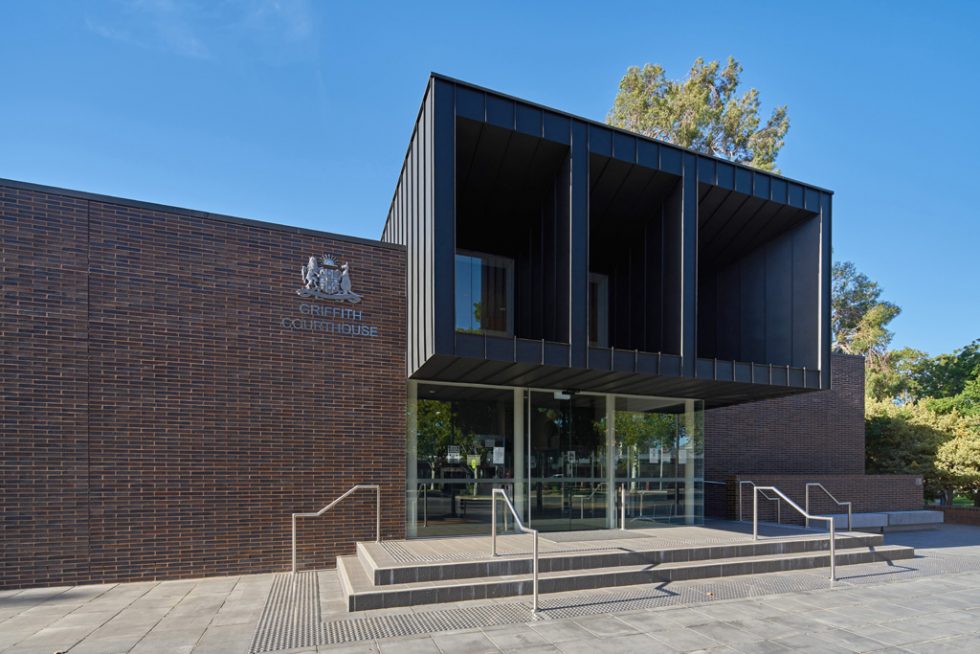 The original Griffith Courthouse building has been associated with the provision of law and justice in the town since 1928. JPA&D were engaged by the Department of Justice to design upgrades to the building to enhance security at the courthouse. The new extension to the front of the 1985 portion of the building created a new entry from the street including enhancing perimeter security, an enlarged waiting area, jury assembly room and other facilities. Minor internal upgrades within the 1928 building were also undertaken. The work provided a new brick and zinc clad facade to the 1985 structure but had a minimal impact on the 1928 building. The junction between the two buildings was designed so that the two parts of the building are read as separate elements. The junction is recessed from the main façade of both buildings allowing the 1928 building to read as a stand-alone structure although it is linked internally to the newer additions. 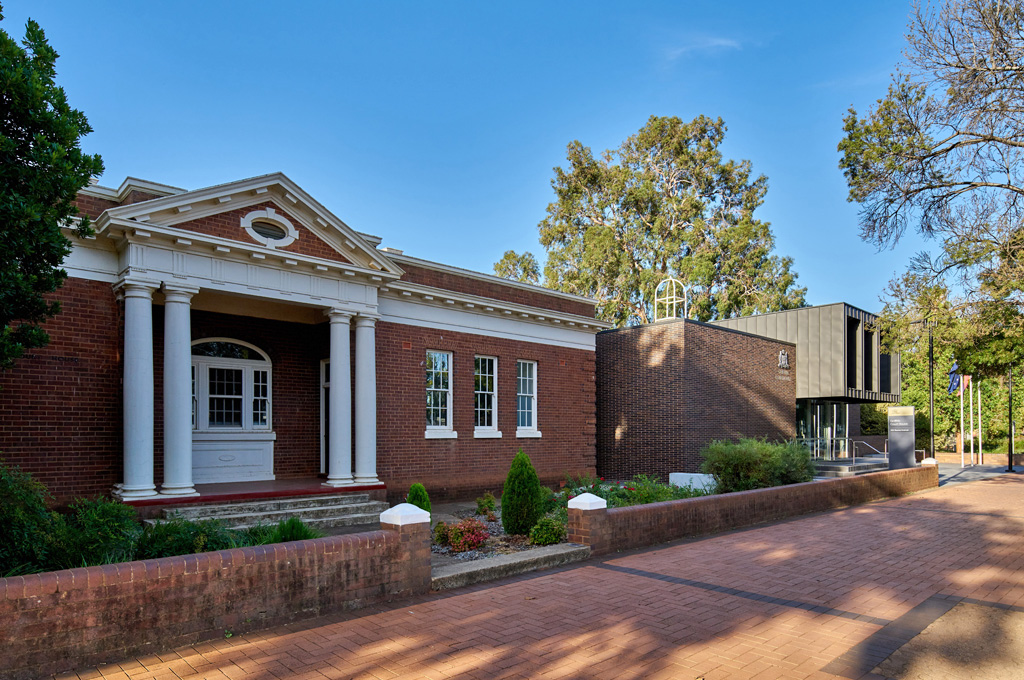 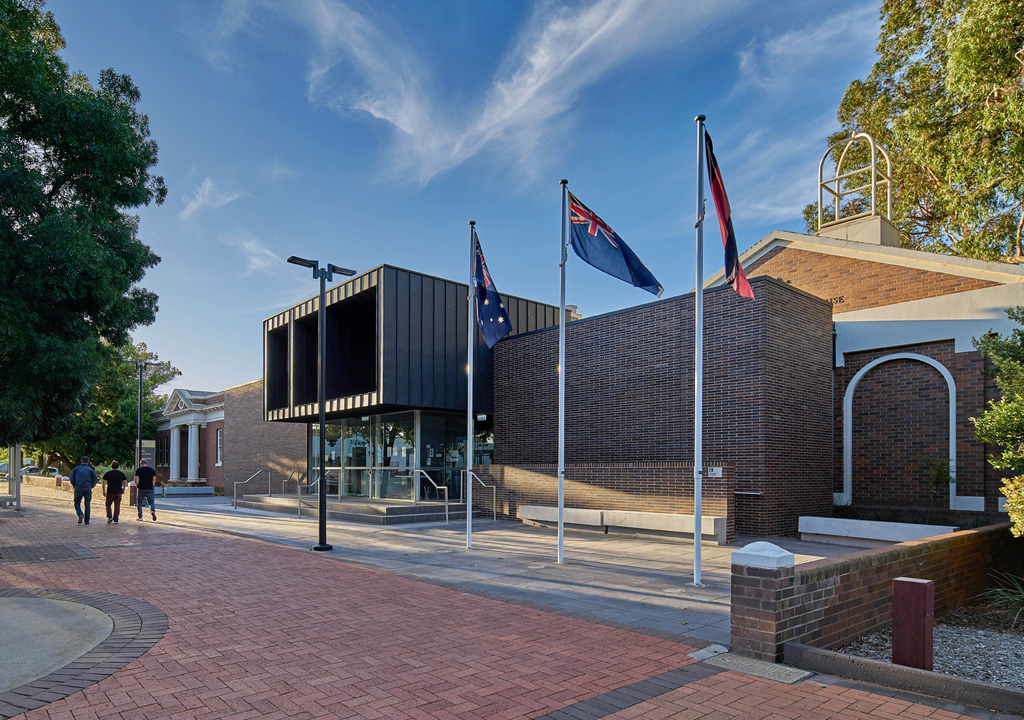 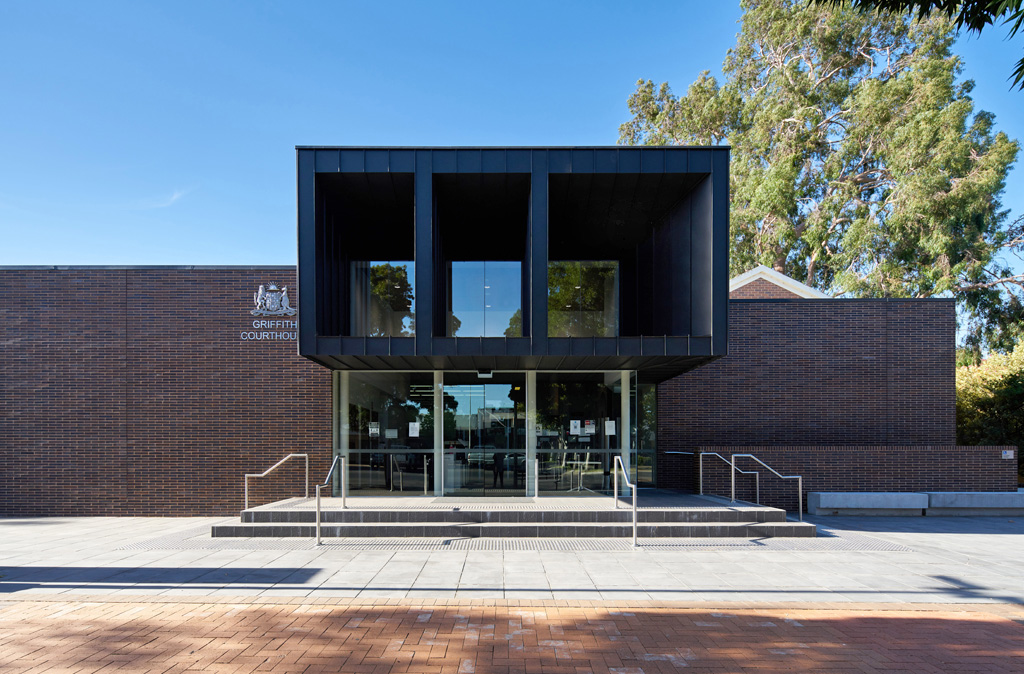 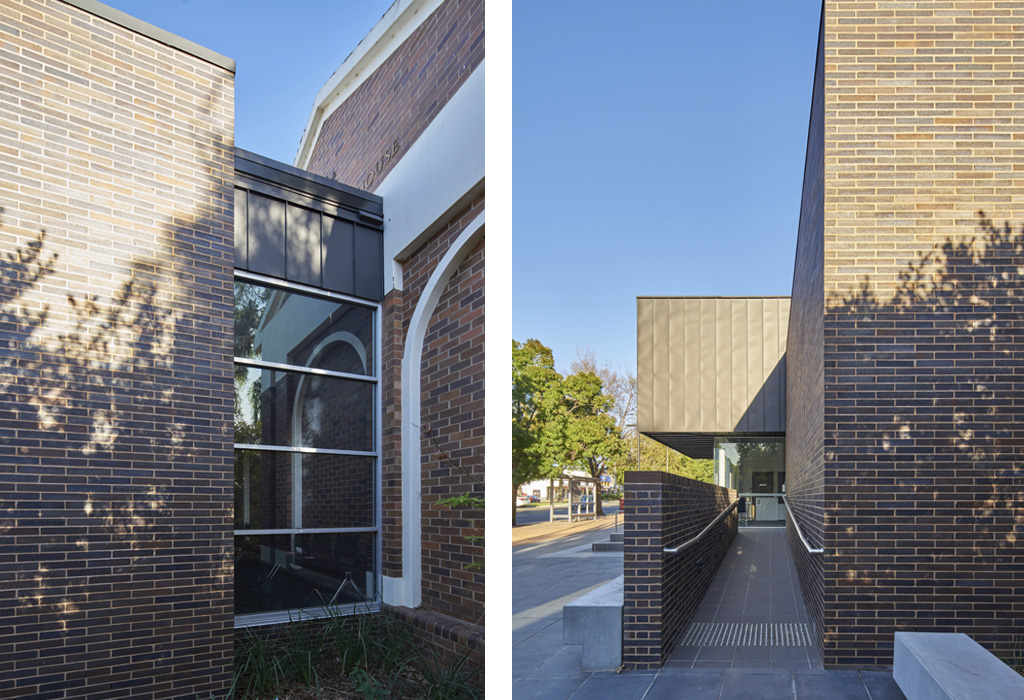 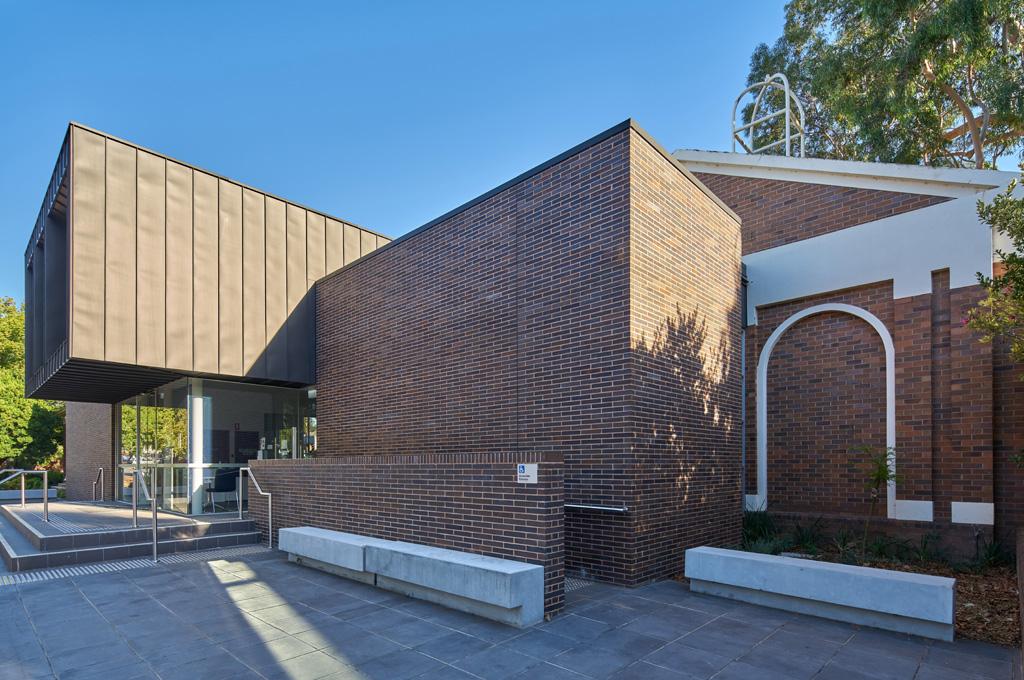 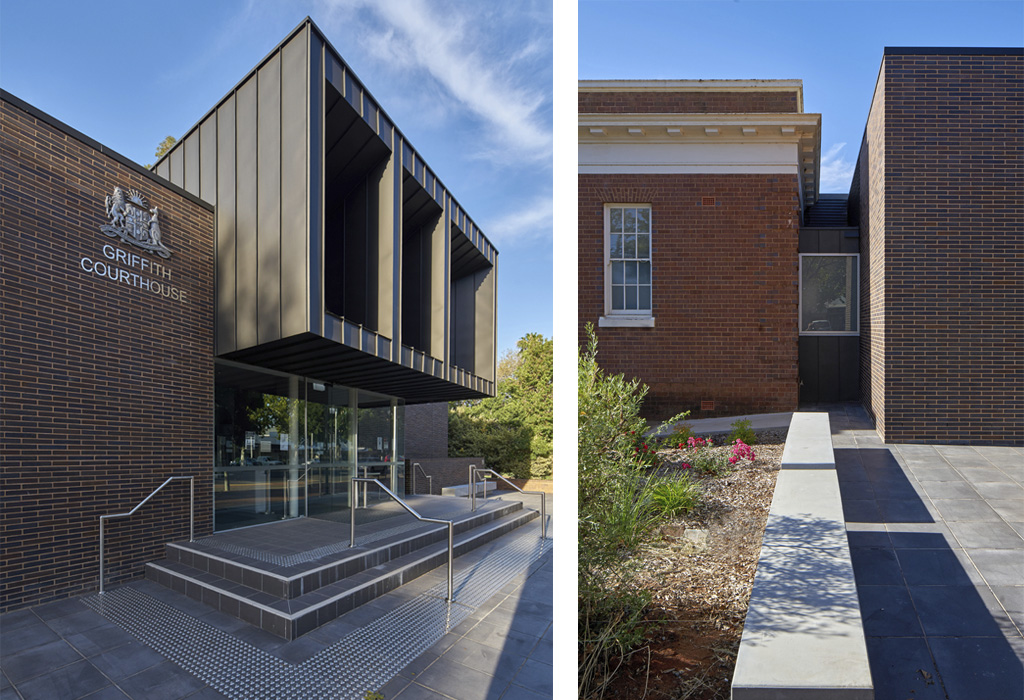 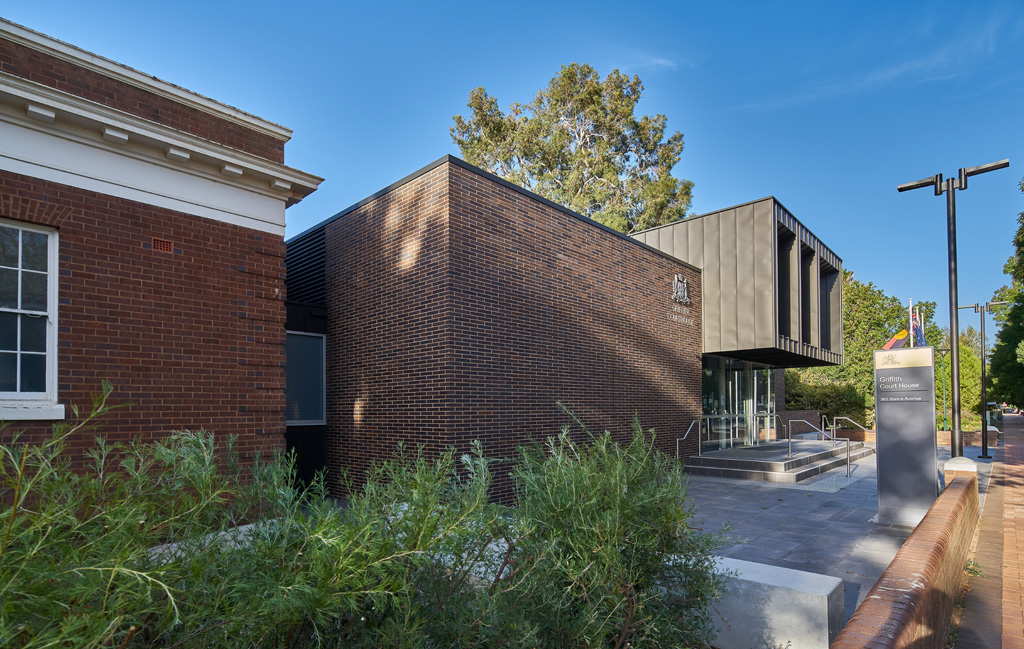